For the first time in a long time, maybe a year…

I’m taking off the day to rest.

I’ve lucked out that the last two heavy chemo sessions fell during a three day weekend, and my next one will as well.

I was literally only on the couch all day long.

Just my little black beanie covering my head, under the blankets.

Which was hard on the kids and rob too. Seeing me like that can’t be easy. But they are troopers and kept me company, asking what I needed. Maddie even laid down on the couch next to me and did her reading assignment.

I watched some hallmark Christmas movies, and tried to stay out of the dark place of wondering if this will be my last Christmas. I think that’s why I want to start now, because morbidly if it’s my last, I want it to be longer.

That’s how we think on crash days.

October has been a hard month in my support groups. Everyone hates the pink. The save the tatas, instead of save the lives. Some of our leaders have passed or are not doing well. The death bell keeps on ringing.

I emailed my hospital team and sent them a picture of my friend who ran the marathon wearing my shirt for my oncologist, as well as the news I received another donation. My oncologist simply said “Wow”. I said that October was action and awareness month, and November? I’ll celebrate my birthday and three year thrivership with gratitude, grace, giving, and hopefully good scans. We are going to try and set up a media photo for us to take a picture of how much we have raised in three weeks. My goal was $3,000. We’ve blown that away. I want people to realize they can do simple things and small things locally to make a big difference globally. How amazing will it be when her research helps not only me, but countless others now and in the future ?

I also watched an Oprah super soul Sunday and had an aha moment. She was interviewing Sister Joan Chittester, and everything this woman said resonated deep in my soul. I’ve struggled recently with religion. Being told one is better that others. She has a saying that “Beware the religion that turns you against another one. It’s unlikely that it’s really religion at all.”. She said all religions point to the same thing. God is light. God is love. She also said Jesus was a feminist. Let’s think about this.

God could have just sent Jesus down to earth, fully formed. But He chose Mary, a woman, to deliver Him to us. Jesus then had his group of disciples, but he also had women walk and travel with him. Who did He appear to first when he rose from the dead? 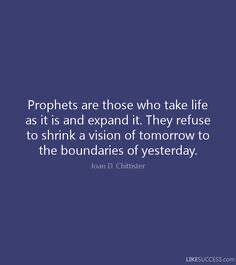 I’m sick and tired of religions making women inferior. Only men can be be priests. Only men in church are the elders. No wonder religions are so messed up and people are leaving religion in droves.

Women make up half the world. Who are the oppressed? Women and children. How are the men doing taking care of everyone? Most of the world leaders are men. How is the state of our world? Men are so easily intimated by women, they fall back on the easy hits of making fun of their looks. One man who started a local civic group recently did it by publicly making fun of the eyelashes of our superintendent. Way to get a point across. Go after women’s looks, and your message dies a swift death while you show your true heart. Then Kick out women with opposite opinions from your group and silence them.

That’s the way of world these days.

Show me the people who want to have conversations, listen on their tipptytoes to opposing viewpoint, can speak without being offensive and listen without being defensive, and want to solve problems instead of scream about how other humans are inferior.

Those are my people.

The ones who welcome everyone.

The ones who don’t know what to do, but want to “do something”. So they do.

Anyone is welcome at my table who wants to help others.

People get caught up and say they are good Christians. What does that even mean?

I think people need to look in their hearts and their words and their actions.

Then ask the question again.

Am I kind to myself and others?

Do I spread light and love to all, even to those who I disagree with?

Am I doing something to make this world better, not just for me but for all?

Sister Joan said, “Alone, I am what I am, but in community I have the chance to become everything I can be.”

She is amazing. I’ll share the video again on my wall.

Today I’m hoping for the comeback day. It’s Halloween week and I’ve got a huge class party to throw on Thursday. We are making our own costumes and Penny has been hard at work on the big item for each child. It’s going to be great.

Today, may the comeback be quick, and may we all “do something” as we point to the light. 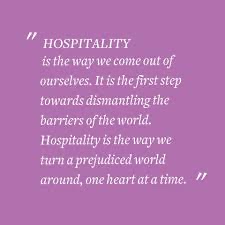 One thought on “Aha moment on Crash Day”