Rob looked at me and said, “Seriously?”

Then he asked if I wanted him to go.

Lately , I always want him near me, as for some reason mini panic attacks have been more frequent, mixed in with trying to manifest complete and total healing forever.

Whenever I say how scared I am, or I hope I’ll be here next year, he always says to not be scared, Jesus has me, and I’ll be here for Years… with complete confidence.

So we went to the race and Quinn decided all by himself to race as well. When the race started, Quinn ran ahead and rob and I kept a slow pace. He stayed by my side the whole time. 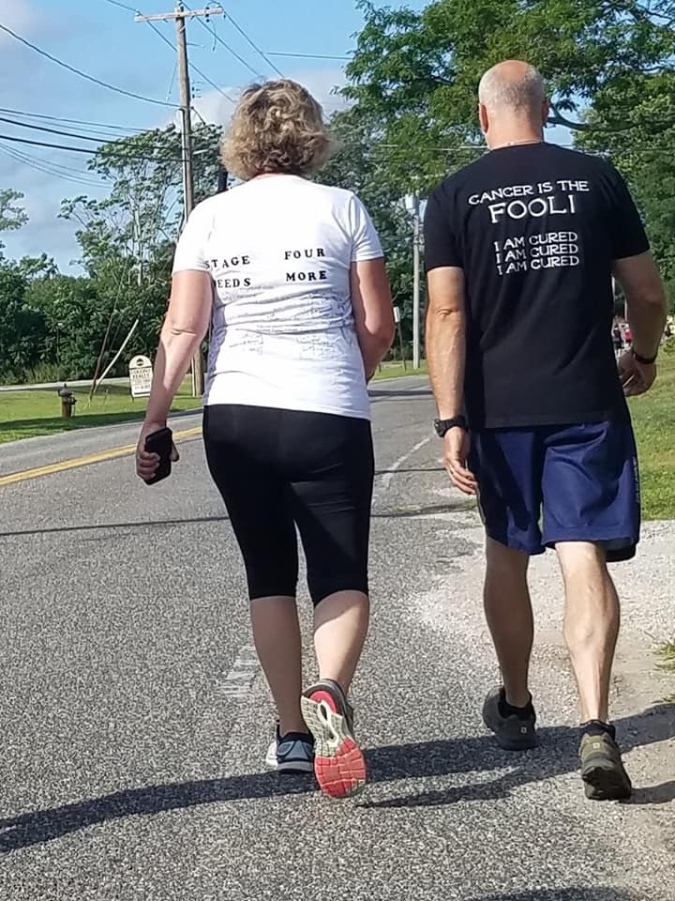 It was hard, as the lotion on my feet made it difficult to walk fast, but I finished. Madison and Morgan ran and met us at the finish line.

Despite it all, I am blessed.

We came home and Rob taught Quinn how to ride a bike. Yes, ten years old is late. But he didn’t have a good bike and we’ve been a little busy. He used all of his Target gift cards from his birthday and bought the bike. The joy on his face was so great when he finally did it. It inspired the girls to want to ride, so rob got out his old bikes from college. The tires blew, so we went to country cycle but it was closed. The kids didn’t want to wait so we went to the bike shop on Main Street.

Well, we got two tires, four helmets, and rob and I each got a bike. Walking has been tough on my feet, and biking outside should be easier on them, especially after teaching on my feet all day. Thank you Muriel and Peg, as your party got us our bikes.

Rob is big on supporting local mom and pop stores, especially downtown. The men were very helpful, and one of them noticed our shirts. Turns out, his wife was just diagnosed with stage four breast cancer.

This is why God had us in that store on the day we were wearing our “cancer” shirts. Doctors gave his wife a poor prognosis, and we told him my original prognosis. He was shocked, and said if I wasn’t wearing the shirt he would have had no idea.

(You never know what someone is going through, appearances hide everything, so be kind to everyone).

On the way home, Rob told me he did a thing.

See, he never ever posts on Facebook. He just keeps track of me as sometimes it’s hard to tell him everything, so he reads it. His birthday is this Thursday.

He told me that for his birthday, he figured out how to do a Facebook fundraiser for Metavivor.

Because all he wants for his birthday is for me to live.

I cried all the way home from the bike store.

The average is 2-3 years after diagnosis. Some women are living four or five years. I’ve found some who have live eight…ten…fifteen.

But they are the unicorns, the outliers.

I’m not going to say they are the lucky ones, because they’ve been on treatment every day, and it’s not easy.

So for his birthday, my husband wants my life to be longer.

If that isn’t the “Husband of the Year” gift wish, I don’t know what is.

We’ve had ups and downs like every married couple, but even in the depths of despair, we hold each other. We stand by each other and behind each other.

And hopefully, we will do so for another forty years. 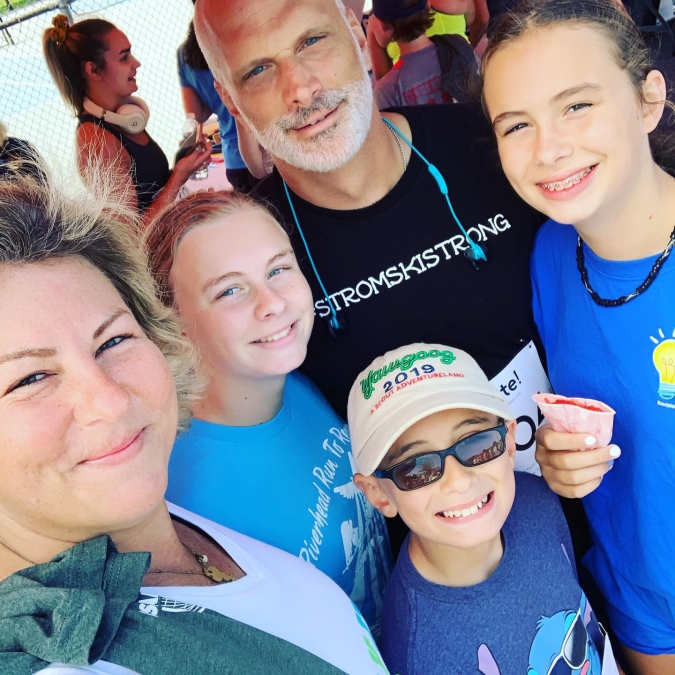