We have to tell our stories. I think that’s why so many use social media.

We want to stand up and be counted, be seen… and who doesn’t love a good story?

Storytelling has gone on for as long as time. It’s in our stories we find hope and faith.

I went to a women’s faith event yesterday. I went by myself, and met my friend Eileen and her daughter Johanna. The room was full of catholic women… with one priest and one male keyboardist. The love in the room was palpable. I met one woman and admitted I was a Lutheran. I felt a bit like an outsider, but that I felt called to go to this event when I received the invitation. Mother Mary has been calling to me, and it’s been confusing and hard. It’s been made very clear to me that we don’t pray to or worship Mary, that Jesus is the only one whom we give our prayers.

But Mary keeps pressing on my heart. I asked rob to teach me the Hail Mary one night, as I felt I had to learn it. The next day? Paula gave me a rosary and said she had gotten it a while ago and felt in her heart that it was time for me

to receive it. Dr Snuffleuffugus said out of the blue I should pray to Mary as well, which was odd considering he is a Buddhist.

I tell myself that it’s ok to love Mary, and ask her to pray for me as well, as I ask all of my friends to pray for me. Who better than Jesus’s mother? I mean, even God needed Mary in order to bring love down.

I heard a speaker tell her story yesterday, and she had quite a story. In 1988 she was diagnosed with a degenerative eye disease and was told she would be blind. Her priest sent her to a Pentecostal healing event, and when she got there, the speaker asked “Who wants gold teeth?” She was questioning it all, and was like, “No gold teeth, just my eyesight, thank you very much…”. When she and her friends went back to their hotel room, they looked in each other’s mouths and laughed at how silly it all was. A few days later?

They all had three or four gold teeth appear in their mouths.

The woman said she was upset. “I asked for healing of my eyes, not for gold teeth!” She eventually spoke with a friend who was Jewish who told her that if he had gotten gold teeth from the creator of the universe, he would be on his face giving thanks.

She continued to pray for healing, and eight or so years later, she was at another event, got called up, was touched by the Holy Spirit, and went home. Her sight was fully restored to 20/20, and continues to have perfect sight to this day.

She now goes around telling her story.

If you think back to the Bible with Jesus and the healings he performed, people receive the miracles and then? They told the story. They gave their testimony and testified to what happened. The woman who bled for twelve years, she had heard the story of His healings, believed it could happen, expected to be healed if only she could touch His cloak, and when she did, Jesus told her that her faith had made her well.

The wonderful thing is that Jesus will meet you where you are. He never asked in the Bible why you did what you did, or do things to make up for it before forgiveness comes. He is forgiveness. He takes you by the hand and you don’t look back, you move forward in love.

The speaker discussed signs and wonders and miracles. Some people get caught up in only looking for signs. If you travel on a road, you see signs everywhere, but they have a purpose. They point towards a destination. You don’t continue driving just looking for signs, you keep driving with a destination in mind. The signs just let you know you are on the right road.

Receive the signs and look towards God.

I went up to the speaker and told her my story. She asked if she could pray over me, and then called the priest and another woman. Three people.

They prayed fervently, and then even in tongues. The priest said at the end that whenever I feel scared, say out loud the word “Jesus”. Just saying His name out loud will bring power. The speaker said that sometimes the healing is happening even if the physical scans don’t show it yet, but she felt I was going to be ok.

It was some morning.

I came home and rob and I had a big talk about faith. He said that when people talk in tongues, it’s the language and presence of the Holy Spirit.

I then got some news about a dear friend that I spent the rest of the day praying and crying over. I’m not giving up on her. God put me in that meeting in the morning to remind me of miracles. I’m asking for miracles for me and my friend alycia.

When we get them, our testimony will be so great. 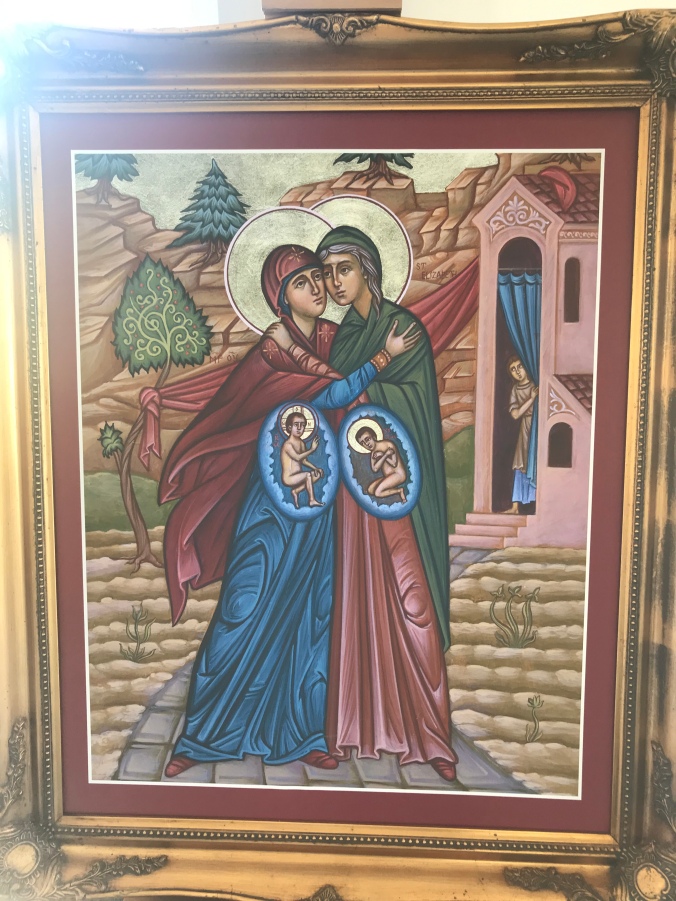 One thought on “Signs, Wonders, Miracles and Storytelling”