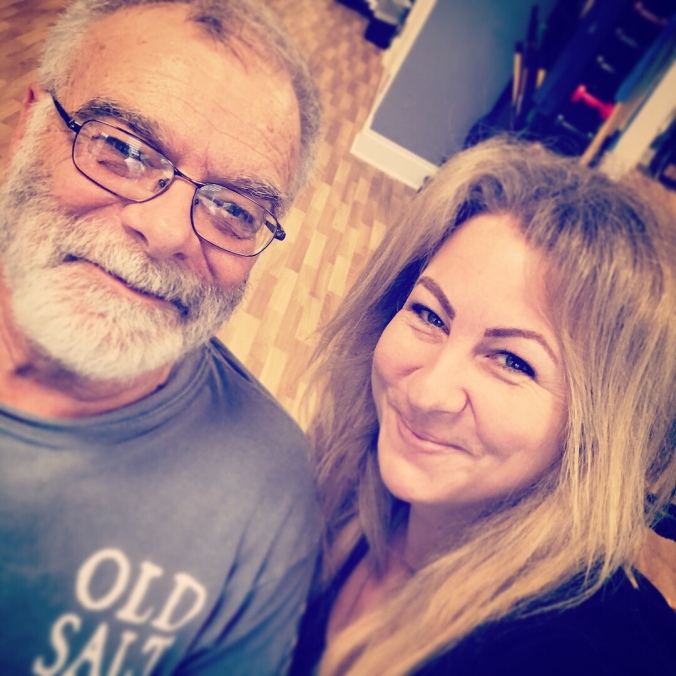 I haven’t kept it secret that I get what I call “God whispers”. He tells me when to do things, and I do them.

I’ve been wanting to visit a man for over a year, but knew it wasn’t time. I got the whisper it was time on Tuesday. Which meant I hurried to finish everything I has originally planned to do the next day so my morning yesterday would be free.

I contacted the man I was told to see, and he was free.

Who is this man?

I moved to this town the day after I graduated high school. I was hired to teach in the school district where I live. I married a local guy and became friends with all the local people.

Ask any of them who their favorite high school teacher was, and chances are they will say…”Mr. Jester”.

Now, a little teacher secret. If you teach in the primary buildings, and don’t live locally, chances are you will never know any of your high school colleagues. You work in two totally different universes, but share history with students at different times of their lives.

He became our Gifted and Talented teacher before he retired, and ended up getting to come down to our primary level.

That’s how I met him.

The man lived up to the legend.

He eventually retired, and continued with his chimney sweep business. When I won Teacher of the Year, it wasn’t so much the award I was given, but the company I was now included with. 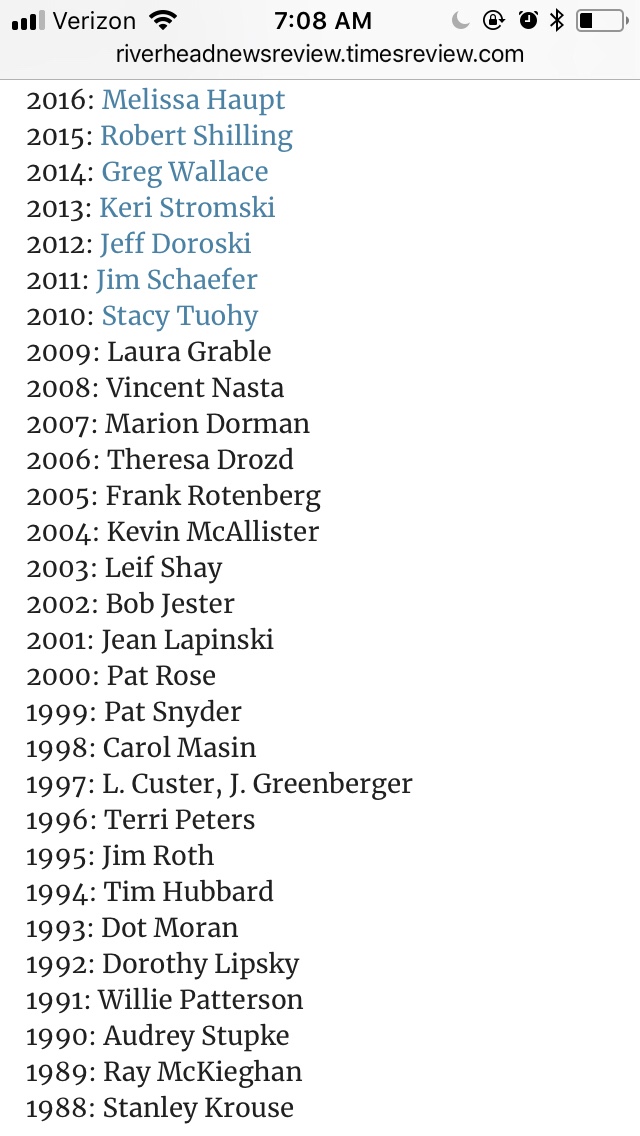 Bob had won it too.

Last year he fell off of a ladder and was paralyzed. It’s been hard.

We’ve both been thrust into this new arena of having to heal our bodies. We’ve both been researching new trials and ways to heal, with science and with faith. We’ve sent messages to each other in the middle of the night to encourage each other.

Yesterday, we got to sit in the same space.

I’m not going to share much of our conversation, but man… we hit on everything.

We are both worried for the children. Technology isn’t your child’s teacher.

Don’t let it become their world.

We laughed, got emotional, I prayed, and we both finally got our faces on a Wheaties Box. We met at where he does physical therapy and they have a whole Olympic theme going on. I said that not only can Bob win the gold, he can explain all the properties of the different metals. 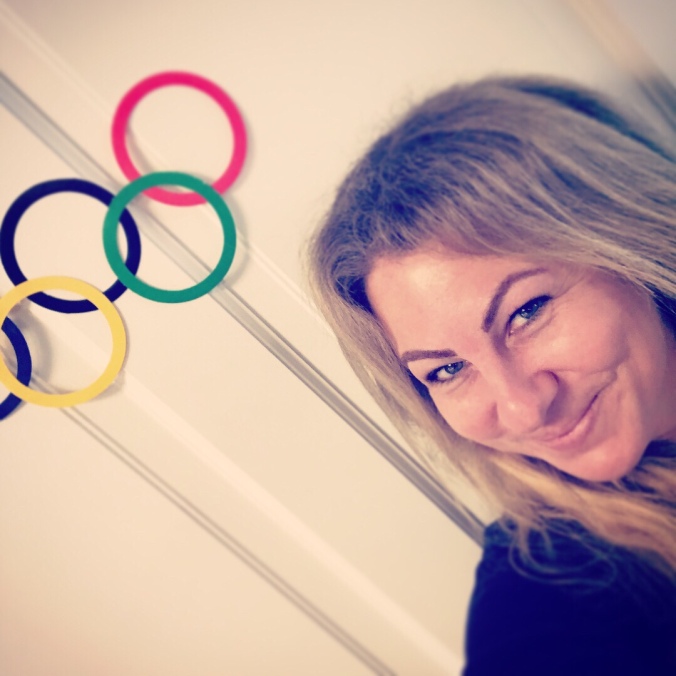 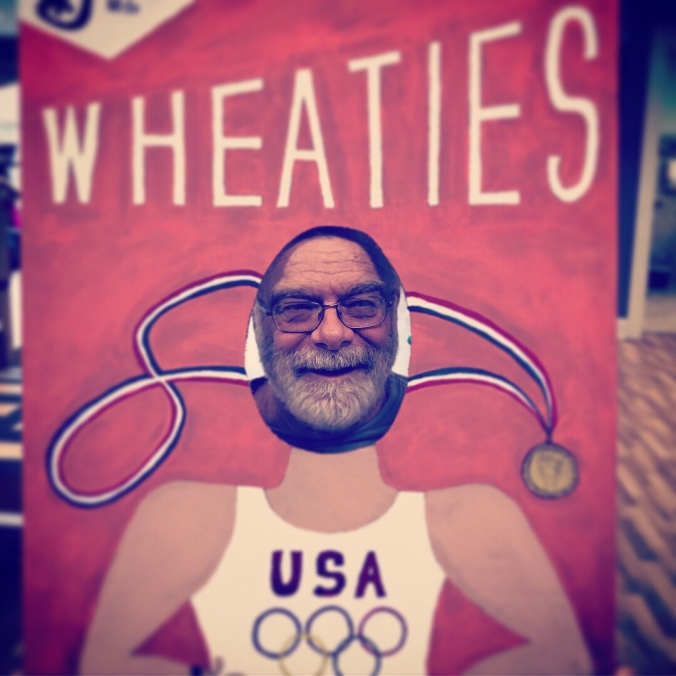 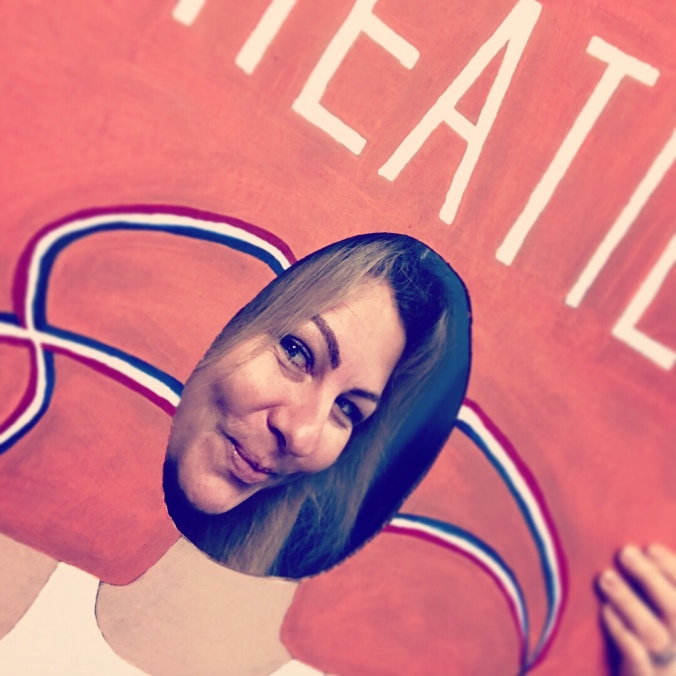 If you ever want to meet a humble, graceful hero… go see Bob.

I came home to prepare for the Dungeons and Dragons event and saw Kathie Lee Gifford discuss the passing of Billie Graham. If you have time, watch her interview from the Megyn Kelly show. Man…she took everyone to church…. on national tv.

She was asked who the next big evangelist is of our time, and I loved her answer.

She said it could be your plumber, or your co-worker.

We have been looking for leaders to lead the way. There’s only one.

It’s not up to one person to tell everyone that. It’s up to all of us.

Billy Graham said he didn’t need a successor, just willing hands to carry the torch. When Elijah and Elisha were talking before one was brought up to heaven, he said to double the portion. 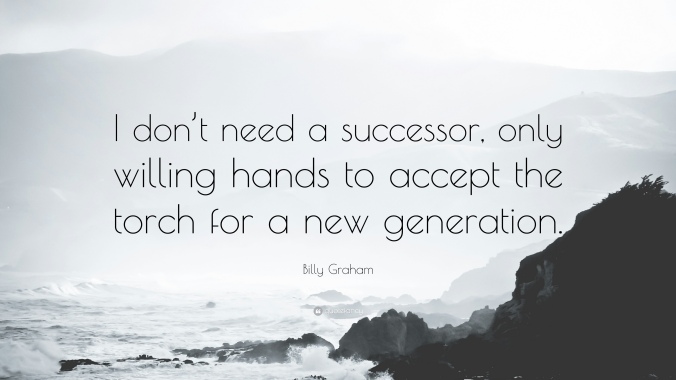 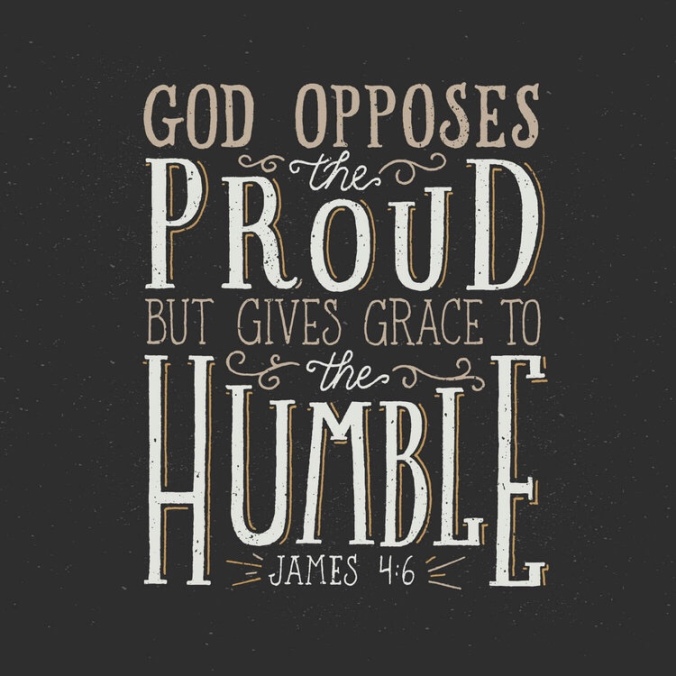 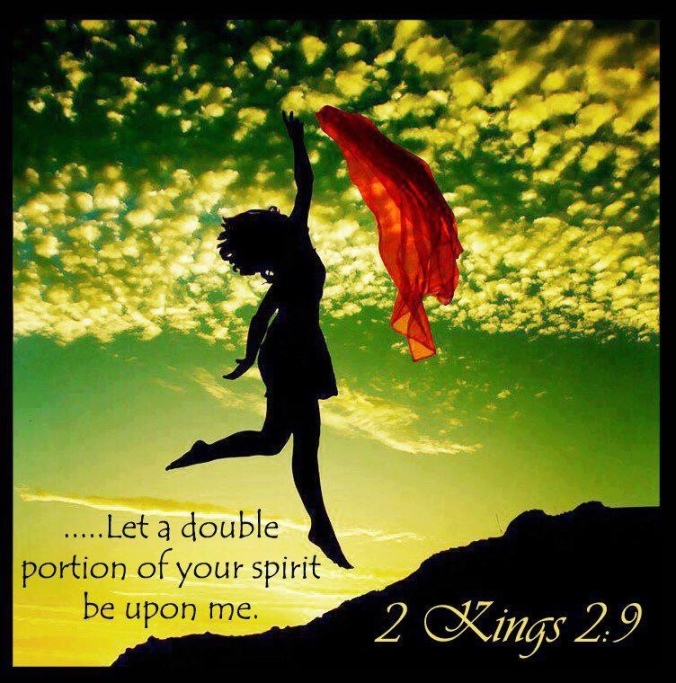 Billy Graham was a teacher.

We can all be teachers too. We can all double the portion of faith. Churches have been sanctuaries, a safe place to worship. It takes courage to worship and praise and talk about Jesus outside of those walls… but there is a revival happening.

I see it and feel it.

We are all teachers.

School teachers have been in the news a lot recently. They have died in a hail of bullets. They have had people say they should be given guns.

I say give me children and families who also know the ten commandments instead of just arguing about the first and second amendment. 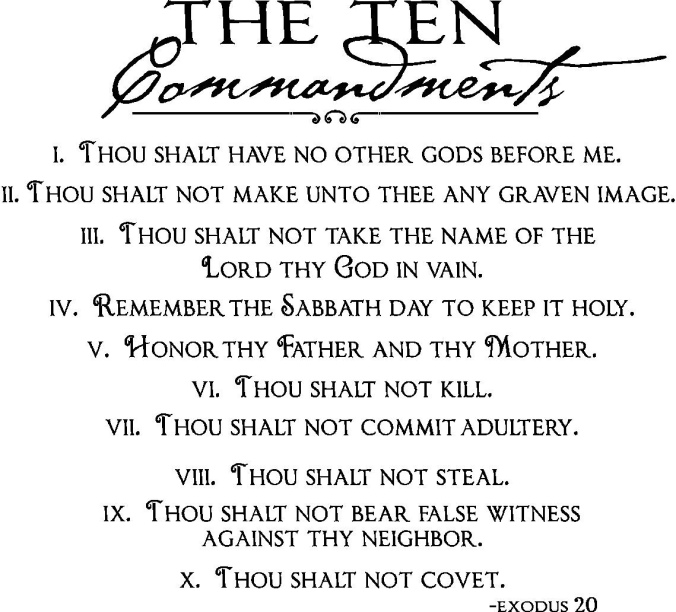 Honor your mom and dad.

Don’t lie or steal or murder.

Imagine kids who spoke of those rules instead of “I can say whatever I want, freedom of speech”, “I can/you shouldn’t have guns”, and “I don’t feel safe going to school.”

We need to make safe spaces for them.

I had a house full of kids last night. Over twenty.

I fed them all in under four minutes.

I had them all here for five hours.

I set down the rules.

No making fun of anyone during role play.

They all passed my test and have been invited into my house. If they break my trust, they won’t be allowed back.

I told them I loved them and thanked them for being my daughter’s friend.

They all had a safe space and were kids. 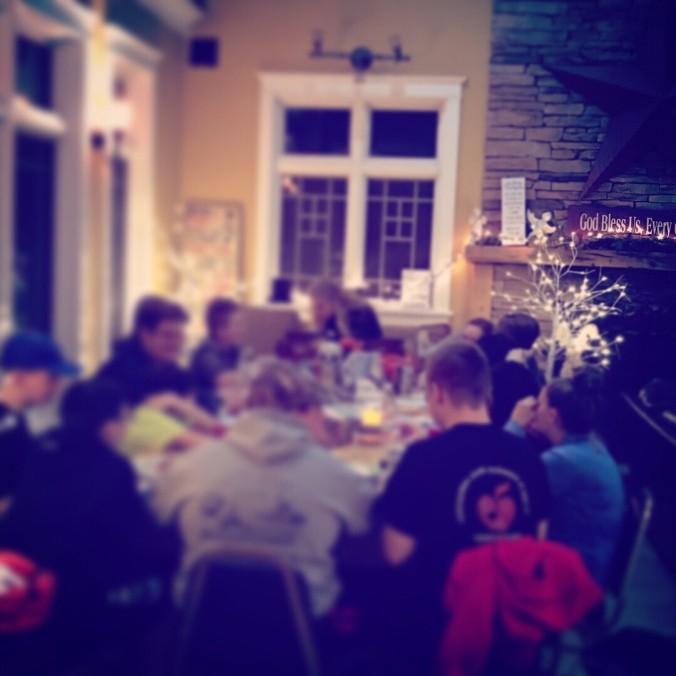 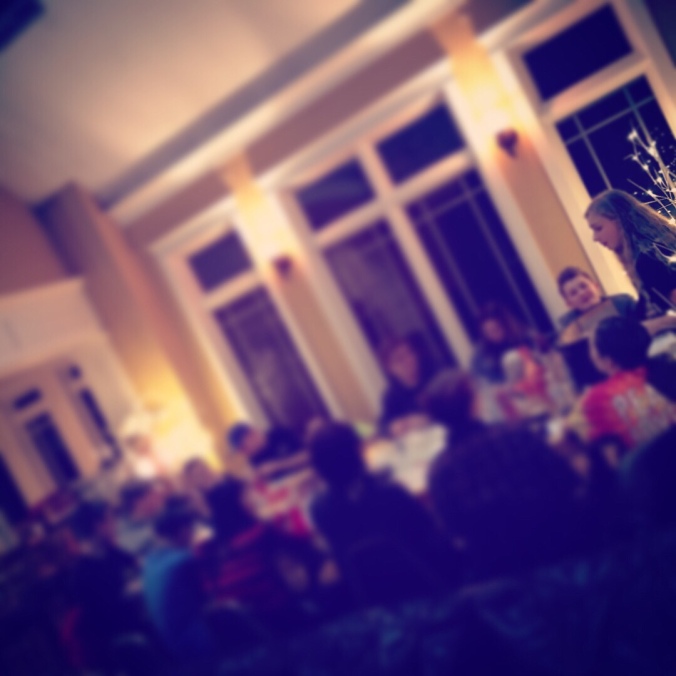 It was a busy day.

Today I rest, then go to a Tibetan Singing Bowl healing hour at The Giving Room.

Today, may we all remember teachers from our past who didn’t care where we came from or where we were, but cared about where we were going.

May we all pick up the torch and teach others about the joy and love and everlasting life we get when we allow Jesus to come into our hearts.

May we all work with our youth so they can one day enter a school and think about the learning they will do, instead of how to survive a worst case scenario.

May we all have a safe space. 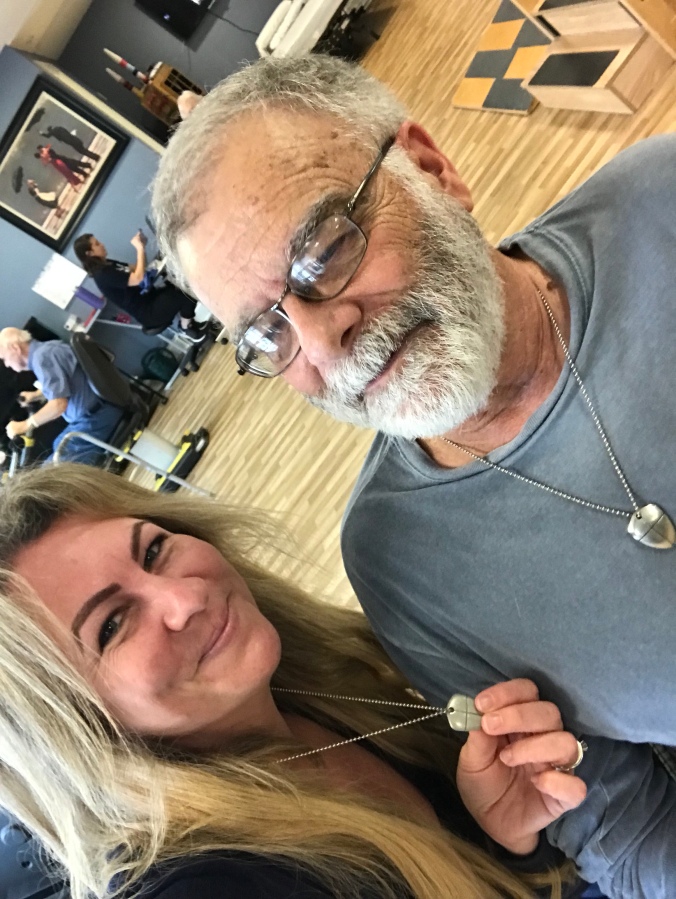