I was stripped bare yesterday.

Then I was moved.

I was a puddle and broken in the morning, and ended the day in victory.

I woke up, stood in my bathroom, and rob shaved all the rest of the what little hair I had left as I sobbed. He just keep going, and I don’t know how I was so blessed to have such a strong man. It was one of the hardest yet most loving moment we’ve ever had.

I looked in the mirror and cried even harder. I looked like my uncle Larry, at the end of his life, before the cancer stole him from us. I went into the detox bath and sent a picture to my family. My brother Rob always knows how to turn it around. When I said I looked like uncle Larry at the end, he said no…

They went through the cancer war at the same time. Somehow, by some miracle, my dad lived.

So that’s the look I’m going for.

My poppa who was bald always said, “God only made so many perfect heads. The rest he covered with hair.”

Quinn came into the bathroom to see me, and he was ok. The first thing he did was offer to shave his head. I told him he didn’t have to, but man, I love him for offering. He said I dont even have to wear a scarf now. It was the mangey dog look that was so scary.

I decided to put the picture out for everyone.

I’m not a victim.

I’m taking control, and women who showed their bald head and shared on social media gave me strength this past week. So I added my picture to their ranks, with a little help from a Snapchat eyelash filter. I figured it’s ok to get a little help.

I them spent the day on the couch resting. Claritin for bone pain from the neulasta.

A steroid to taper off from the emend drug for nausea.

Along with herbs and supplements and juices.

I started to eat again. It felt good to have some food in my stomach. 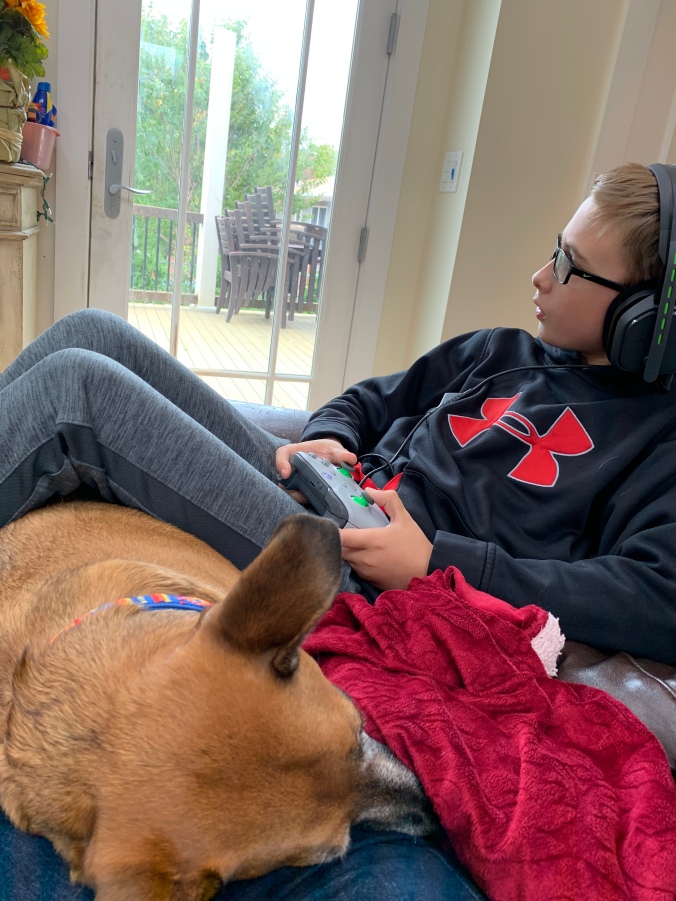 I was shocked to see a Boy Scout mom shave her head live on Facebook to raise money for Metavivor in my honor as well show support for two other friends. We all love this lady, Quinn especially. He couldn’t believe it, and neither could we.

My nieces softball team wore pink socks, but added teal and green shoelaces to their sneakers to make their look the Metavivor look. I sent the picture to one of the heads of Metavivor and she was so happy. The movement has begun.

The depth of love and support that has come from sharing this story is overwhelming at times.

Thank you, Silvi and Sky and Scott.

I packed my cooler and Eileen picked me up for the concert. It was just the two of us, as Johanna wasn’t feeling well. We drove in, and then the magic began.

As she parked, I went on line outside of Kings Theatre. The woman next to me struck up conversation, her husband joined her, and before I knew it, they laid hands on me and prayed for all the cancer to leave my body. It was beautiful. 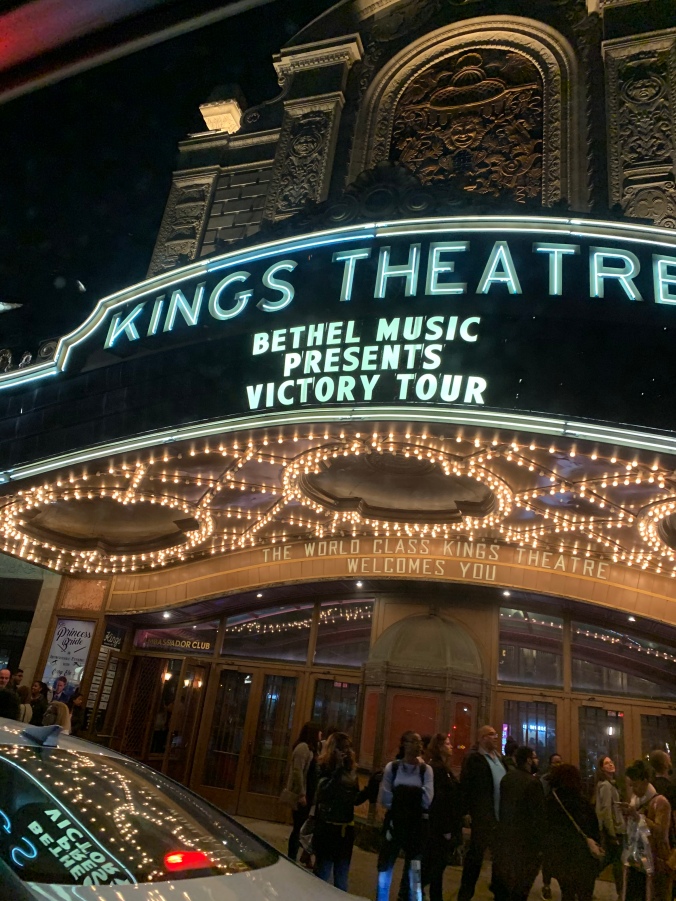 The Eileen called, and we were given guest passes, skipped the line, and given special seating. The theatre was beyond amazing, and breathtaking. I’ve never even heard of it. 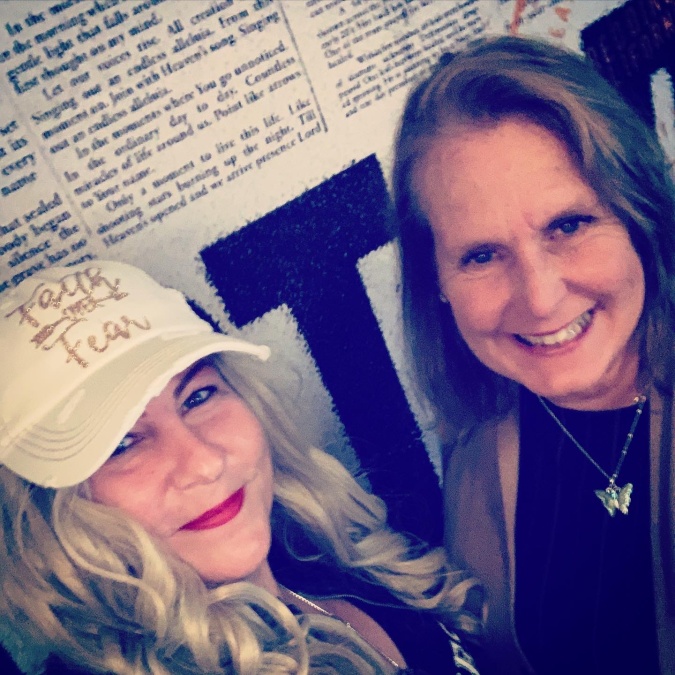 Then the music began.

Let me tell you… to be surrounded by young, old, black, white, men, women… all shouting and singing and raising their hands and dancing and being wide open and full of love and joy for Jesus is an experience you think would be weird…

But if you are looking for a miracle…

It fills yours soul.

I knew every single song.

They put up the lyrics so you can sing with them, and sing I did.

I raised my arms.

I prayed out loud Over and over to be healed.

I declared the cancer leave my body, and Jesus to fill it with His healing light.

In the middle of the concert, the founder of Bethel Church and music came out to pray.

He prayed specifically for what Jesus put on his heart. Then he had everyone in the audience find someone who needed prayer and lay hands on them. Eileen was prayed over for Johanna, and kept a hand on my back. Two young girls in their twenties came over and laid hands on me and prayed like I’ve never been prayed over. I cried and cried and these two young beautiful strangers prayed for my healing and my life.

We hugged and hugged when he finished…

Then he said we would pray again.

A teacher from my district was there as well, and crystal and her friend came running over and hugged me and prayed over me.

Riverhead was in the house. 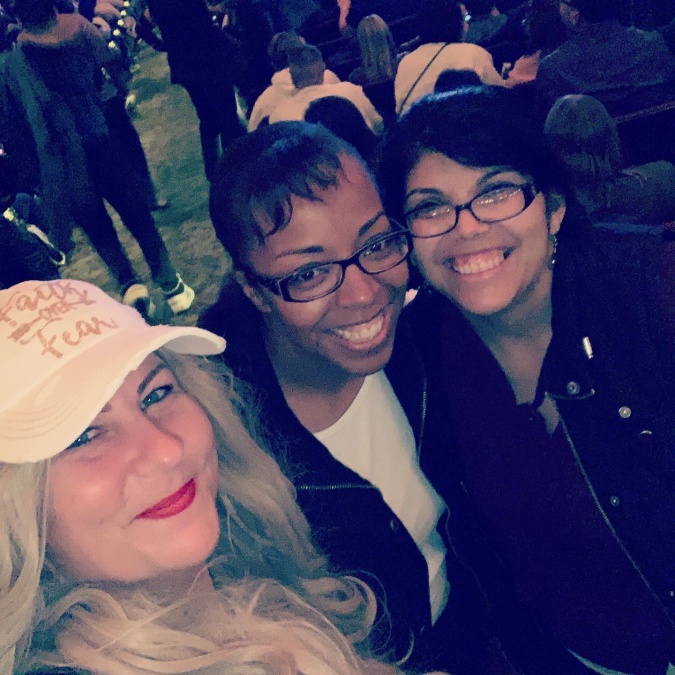 The concert began again and a man came and asked the girl in front of us to move and we had to move over. He said they needed to seats for someone special.

The man who started the church, Bill Johnson, who just led the venue in prayer sat right…in…front..of…me.

I left him alone, he stayed for a few songs, and when he got up to go backstage again, I touched his arm. He stopped and told him I was diagnosed stage four three years ago and by the grace of God I am still here. I had just had heavy chemo two days earlier and lost all my hair that morning. He looked at me, asked if cancer was still in my body, then asked to lay hands on me right then and there and pray.

The song about being moved and miracles happening was being sung all around me as this man pressed his hands on my head and arms and prayed as I cried.

Eileen looked at me and we couldn’t believe it just happened.

Then we raised our hands and sang even louder.

The concert ended, and we got the book that was written by the man who is the worship leader, and also the son of the man who just prayed over me. “When God Became Real.” Brian Johnson went through a nervous breakdown, and he told his children as he went into the ambulance, that this is when God gets real.

It’s when you are at your lowest, if you open your heart, God isn’t just this far away concept. Jesus isn’t just a man in the Bible, a storybook character.

If you believe, it’s real.

In John 21:25, John writes, “Jesus did many other things as well. If every one of them were written down, I suppose that even the whole world would not have room for the books that would be written.”

We only know some of the highlights.

Just try to Imagine… how much good He did?

And think… He can still do it today.

I cling to that.

Every second, every breath.

He can still do miracles.

I dont know what is up with His timing though. I’m ready for it now.

Perhaps He still has more to teach me, so he is still carrying me down this road, stripping me even more bare, no hair, harder trials.

But he has me.

As we left the arena, we wanted to get our books signed. I saw a table, walked up and asked if it was where the signing would be…

And the person said, “Yes. You’re the first in line.”

That’s the kind of night it was.

Brian Johnson, the son of the founder, signed my book, saw the video of Johanna singing his song he and his wife wrote about his breakdown, and we left. “You’re gonna be ok” is one of the most beautiful songs you’ll ever hear.

Listen, this wasn’t just a woo woo concert. These people can sing. I think this was the best concert I’ve ever been to, hands…down.

Everyone was full of kindness and love. Everyone stood the whole time and sang and danced with no worries of being looked at. Everyone sang the right words because they put up the lyrics. The songs are all amazing, like what you would hear on the radio. Every young person should have THIS as their first concert.

It was that good.

We got into the car, I ate the eggs that I packed, took off my wig, and went to sleep once we hit the expressway.

I was so glad I went.

The name of the tour is the victory tour.

I was in the Kings Theatre.

I may be bald, but I am straightening my crown….

For I am a daughter of the King.

*today is October 13. During the whole month of October… metastatic breast cancer gets one day. One freaking day. And of course its the 13th. So take a moment today and pray for all who have had, have. Or will have this disease. Then pray the research and healings happen soon. 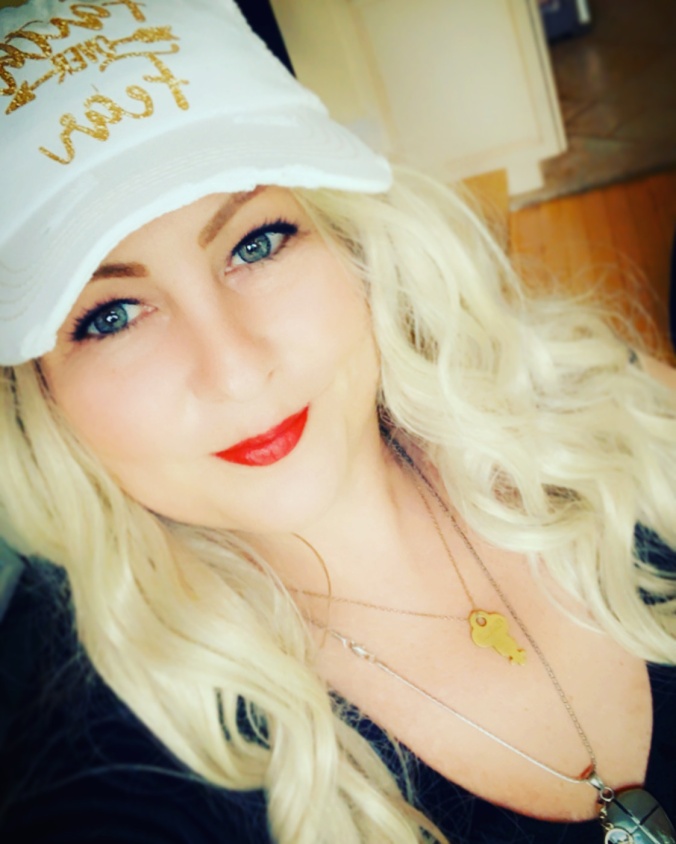