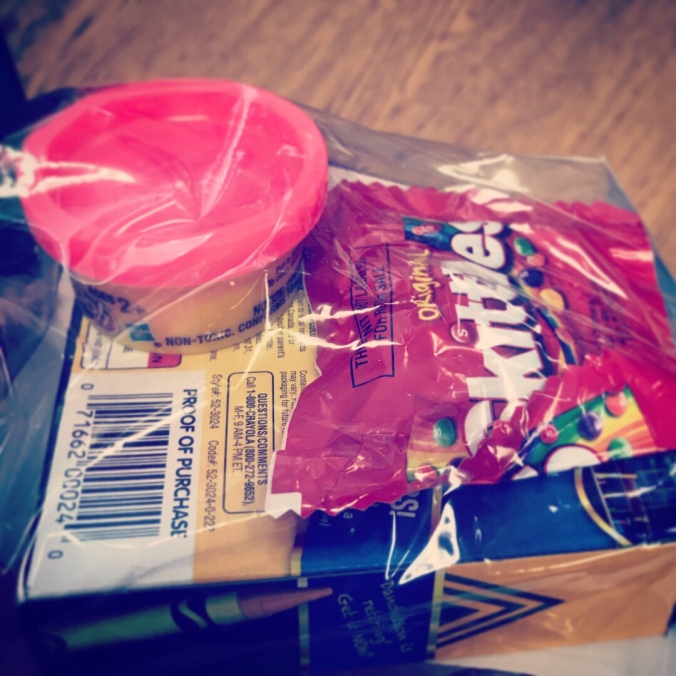 I had planned out my post for today on last Sunday. I was going to talk about how it’s the 100th of school and how we are all going to dress like we are 100 years old, then I have to go to my oncologist appointment and pray my labwork is good. I’ll also have to explain why I look like I aged fifty five years since the last visit.

I was also going to wish Marguerite a very happy 92nd birthday. I love this lady. I left church for a short while this year, and she brought me back. We now sit with her every Sunday. She reminds me of my own Nan. Strong, feisty, classy, full of grace and love. She means more to me than she knows.

I never plan on my posts, ever. I wake up and they come to me.

I should have know better.

After teaching kindergarten all day, having an epic faculty breakfast and lunch, organizing for a “juicenado” and having 47 juices delivered, I came home exhausted.

And that’s the thing.

In Florida, there are too many people who went to school that didn’t get to come home.

I wish the media would stop saying mass shooting, because it takes the focus off the murder part and makes it a trigger for politics.

“It’s the NRA’s fault!!! They elect people through funding!”

“It’s Obama’s fault and thank God we now have Trump!”

“Screw Trump! He is a racist and I hate him!”

“Screw the thoughts and prayers people!”

Meanwhile, my heart is breaking as I tell Maddie to always be vigilant, explain how to use a book bag as a shield, to throw things at a shooter if cornered, and to run in a zig zag if being chased.

Yes, it’s a gun issue. There is no reason for semi automatic guns to be out there. But I also support the right to bear arms.

I’m one of the good guys. I don’t have a gun, but I know as the daughter and sister of police officers, I’ve always felt safe when good guys have guns to protect us from the bad guys.

And there are bad guys.

There is so much more to this than just a nineteen year old getting a gun. He had been suspended. He had posted on social media. I’m sure if you ask former teachers there would be some who say they always thought he would be the type to do this.

We need to do more.

Get to the bottom.

Make mandatory counseling for the student and the family. I dont know how you can make someone go to counseling, or attend parenting classes. But I wish we could.

Ban all social media for teens.

If you aren’t deemed responsible enough to vote until you are 18, or register for a gun until 18… why on Earth do these kids have Snapchat and social media?

Those sites are weapons.

I heard of a child who tried to kill him self because of something posted on social media. This child was under the age of 13. The kid who posted the thing that was so hurtful? Got back his phone and continued posting the next day.

These children have lost their sensitivity chips. They play violent video games and become immune to the violence. Someone posted a Snapchat video from inside an actual classroom yesterday.

All I is saw was a girl crouched, the legs of another student lying down, and then screaming. Multiple shots being fired into their room.

Instead of covering their head, a child decided to film it.

While a reporter was interviewing a student, an eleven year old, the camera went to his mom, he suddenly smiled and held up his fingers while a friend came over and they goofed for the camera.

It is always “Look at me” for these kids now.

Instead of looking inside at themselves, they are always looking at others and judging the others while comparing themselves.

Then there are the family units.

I know people whose kids have social media pages. I don’t think they’ve checked their kids pages recently, and if they have, and they are ok with what their kids are posting, or what other kids are saying and writing to their kids…

It’s enough to make a kid question themselves and snap.

If your kid is under 18, shame on you for letting them have social media accounts.

Your kid may just be posting pictures of animals and flowers, but they have opened up the gate to see what other kids post and write.

Ask amy teacher in a middle school or high school, or an administrator, and they will tell you about social media.

But parents care more about their kid not being left out than the safety and well being.

Don’t even try to tell me I’m wrong.

NO kid needs Snapchat. Their life won’t end without it. Try and think of what possible reason your kid needs it that doesn’t make them sound like a narcissist human.

Guns are bad when in the wrong hands.

So is social media.

Families have stopped spending time together as well. How many families go to church together regularly? If you celebrate Easter and Christmas, you should at least be reading the Bible. Get to know the guy you’re celebrating twice a year. Going to church. Teaching your child to pay more attention to being a good Christian more so than being the most liked poster on snapchat.

If anything I wrote here made you angry, fine.

Don’t write your anger on my page, though.

Because if you’re angry at me for what I wrote and have time to write a response about Obama, Trump, NRA, Republicans, Democrats, Snapchat, social media, not my kid… save it.

Talk to your kids.

Write to your local officials and ask what is the plan.

This is more than guns. It’s breakdown of society and families.

Unfortunately, schools are the target.

Now we have to worry about when a fire drill is pulled? I can’t even.

I am a teacher.

Diagnosed with stage four cancer a year ago and have an oncology appointment today to make another full body scan.

I am planning on beating all the odds and seeing my children grow up and hold my grandchildren.

I am also planning on seeing one day this nation stop pointing fingers and yelling at other people and instead come together to fix this crisis.

May we all find a way to come together to be parents instead of friends to our kids. Make hard decisions. Help children who need mental health help get counseling. Help parents learn how to raise kind children.

And may my appointment be a good one with good labs.

Oh, and happy birthday to Marguerite. We love you so…

Ps. This is a painting my daughter painted last night. I thought I would add some beauty to this post.